Referred to as ‘gratitude plaques’, a new EU scheme will force farmers to display prominent signs on their land if they receive subsidies. The size of the billboard will depend upon the size of the subsidy. Presumably organised criminal gangs who receive EU subsidies for arable land that doesn’t actually exist, will be forced to display the billboards on the balconies of their Monaco apartments? Interestingly, while farmers across the European Union receive money not to grow crops, girls and women who menstruate must still pay VAT on tampon products, which are still considered to be ‘luxury’ items, as opposed to incontinence pants, which are not! Should the EU one day abolish the tampon tax, will all menstruating females be forced to show their gratitude by displaying gratitude plaques outside their front doors?

A team from Scotland Yard’s Cyber Crime Unit joined Northern Irish police to arrest a 15-year-old boy in County Antrim on suspicion on hacking TalkTalk! Mark my words, it won’t be long before a 2-year-old is arrested for hacking the Pentagon and launching nuclear missiles! If the launch coincides with the pre-Christmas Black Friday, will online shoppers really give a shit if cities are turned to ash as long as the holocaust doesn’t affect delivery dates of their heavily discounted HazChem suits? 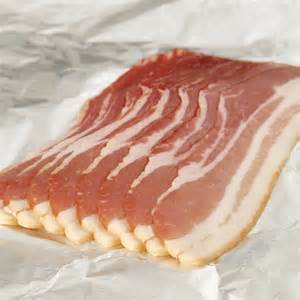 Oh God, not another health scare! According to the World Health Organisation (WHO), as with other processed foodstuffs, bacon, along with burgers and sausages represent as big a cancer threat as cigarettes. Why even fresh, red meat has a question mark surrounding it. Well if we exclude anything containing possible carcinogens from out diets, well there ain’t much left to actually eat! I guess the answer for a lot of poor people is, cut out all processed food, ‘live’ so you can look forward to freezing to death in old age?

While the James Bond franchise rolls on, the producers hoping to beat the $1,1 billion ‘Skyfall’ made, with ‘Spectre’, in the real world of espionage, the British Government is seriously considering evicting MI5 from Thames House, Milbank and MI6 from the ‘postmodern’ SIS building, 85 Albert Embankment, Vauxhall Cross. Why, because both buildings are worth a f**king fortune, and could easily fetch £500 million between them. Any number of foreigners with dirty money would be happy to pay the sum in order to turn the two buildings into hotels. If the property sales go ahead and both MI5 and MI6 are indeed found ‘alternative accommodation’, let us hope an appropriately accredited removal firm is employed to remove sensitive data and computers. There have been several reports, ‘a man with a van’, a removal van that is, has been tendering for business only to drive off with sellers possessions. If this was to happen again, it would certainly make a mockery of MI6’s motto: ‘Semper Occultus’ (Always Secret).

Oh if only ‘life’ imitated ‘art’! The producers of Spectre gave Aston Martin $24 million to produce several DB10s, which were mostly destroyed making the movie. The real Secret Intelligence Service (MI6) is so short of money, I heard an unsubstantiated rumour Q’s real life counterpart ‘procurement officer’, taking advantage of the firm’s ‘return’ policy, recently returned a pair of underpants laced with deadly toxin to Marks & Spencer! Oh please, please, please, won’t someone put the ‘Great’ back in Great Britain!

Podophilia is described as having an irresistible sexual or erotic interest in feet, that’s other people’s feet! Frankly I don’t get it? I’m ready, willing and able to worship every other part of a woman’s body, but definitely not her feet! I would be hard pressed to maintaining an erection whilst sucking on bunions and fungal toenails! This leads me on to ‘foot reading’, where someone looks at your feet in order to ‘read’ your personality and character by studying the colour, lines, perfections and imperfections of each foot, how you’ve lived your life and are living it. Baloney, as indeed is Tarot reading! Foot reading, a precise science? Hardly! I’m sure the ‘character’ of your feet is often determined by ill-fitting footwear! Tell me, how long will it be before someone claims to be able to read my anus?

UK Inspectorate of Prisons have reported prisoners are getting high on mind-bending drugs that are being smuggled into jails soaked into the pages of books. Favourite reads are: ‘Trainspotting’ by Irvine Welsh, ‘The Man with the Golden Arm’ by Nelson Algren, ‘Smack’ by Melvin Burgess, ‘Dopefiend’ by Donald Goines, ‘Junkie’ and ‘Naked Lunch’ both by William S. Burroughs. In order to commence a fight back against the over-reliance on the internet, perhaps soaking pages of books in mind-bending drugs might be the way to encourage children to read ‘hard copies’ again?

I took my mum to the doctor’s surgery in order for a nurse to check her blood pressure. While I waited for nursey to determine whether mum was alive or dead, I noticed several pamphlets and booklets relating to many different types of cancers: Lung, mouth, esophageal, bowel, breast and testicular cancer. If that wasn’t grim enough reading, you could always gem up on ‘HIV/AIDS’. No wonder patients blood pressures rise! It might be a good idea to plaster some good news across the surgery walls? What about photographs and testimonials relating to survivors of cancer and other debilitating illnesses/diseases? ‘Tina Jones survived breast cancer in 2012. Here she is at 5000 feet before her parachute failed to open’.

…and play it back to frighten off the squirrels in your garden? Don’t bother, it doesn’t work!

According to the ex-BBC chairman Lord Grade, the Corporation has been guilty of ‘inexcusable’ bias in its reporting of the stabbing attacks on Israelis. Lord Grade went on to accuse BBC correspondent Orla Guerin of ‘directly misleading’ viewers by failing to acknowledge of the involvement of militant Palestinian groups. When Isis recently conducted an online campaign urging all Palestinians to attack Israeli solders and civilians, it hardly rated a mention at the BBC.

Hey, hold the phone Joan! Historically, while the BBC has always shown an anti-Israel bias in its reporting, it simultaneously offered ‘sympathy’ for pro-Islamic minority groups. Even when the Jews of the Diaspora were in dire need of international support, the BBC blanked them! Where was the BBC when the Jews of Judea were being oppressed by the Romans? Where was the BBC when the Egyptians chased Moses and the Israelites…an enslaved minority…across the Red Sea? Where was BBC coverage during the Spanish Inquisition? And don’t tell me all ‘outside broadcasts’ have to be first authorised by the Director General. F**king BBC! 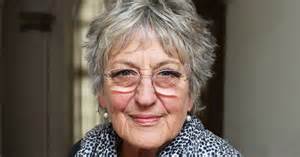 ‘Professor’ Germaine ‘Feminist’ Greer may be barred from giving a lecture on women’s rights at Cardiff University after hundreds of students signed a petition accusing her of ‘misogyny’ regarding her views surrounding transgender people. No doubt Greer, the author of ‘The Female Eunuch’ will at some point deny her Transphobia? In the meanwhile, in a desperate attempt to remain ‘relevant’, the 76-year-old is teaming up with rap artist Professor Green. The duo, called ‘The Two Professors’ is about to release  a record entitled: ‘Rap It All Up and Shove it Up Your Ass!’ Good luck with that!

Russia and the US signed an agreement to minimise the risk of collisions as both countries carry out air strikes over Syria. Does this mean America together with its allies and Russian forces are now singing from the same hymn sheet? Err, no! Western forces aim to bomb just Isis, while the Russian air force wish to obliterate Isis and everyone else disloyal to President Assad. In any event, for the moment an element of cooperation exists when flying sorties. Let us hope both Premiership ‘teams’ don’t bomb the same targets. That really would be…over-kill, don’t you think? Anyway, chocks away!

According to a study published in the British Journal of Dermatology, people who have more than 11 moles on their right arms could have a higher risk of developing skin cancer. Really? Who the f**k is going have 11 moles clinging to their right arm? I’d be more worried about one of them darn moles biting me and giving me rabies, than succumbing to a melanoma! Seriously folks, it’s always…could…could…could give one cancer! You may as well say, I’ve only got two moles on my right arm, but seven on my left arm, five on my dick and thirteen on my ass cheeks! Whereas a lot of medical studies are of great value and certainly saves lives, some published medical studies are of no definitive value whatsoever because they only serve to confuse and alarm! I’m trying to persuade my granny to become a cage-fighter. Acting as her manager and trainer, I said I’d split the prize money down the middle, 60/40 in my favour. No, I’m not crazy! Granny Pearl has been teaching Tai Chi for over fifty years. Now if you speed Tai Chi up, well, you’ve got Kung Fu, ain’t you? Anyway, Pearl’s already got false teeth, so she can’t lose any.

‘But David,’ granny Pearl said. ‘Have you forgotten I suffer from haemophilia? I bleed easily!’

‘Granny,’ I replied. ‘Then you should be plenty motivated not to get tagged!’ And the moral of the story? You’re never too old to make a contribution, so don’t put your granny out to pasture! It’s a pity other grandsons aren’t as considerate as me! Now where did I put the keys to my Ferrari?

A 40-year-old man appeared in Barkingside magistrate’s court (Essex), accused of drugging, raping and murdering four young men he met on gay websites and dumping their bodies in and around a churchyard in east London. The chances are, if the victims hadn’t first communicated with their murderer on the Internet, they would still be alive. I think we can all agree upon that! You may use the internet to further your knowledge and fill your shelves with DVD and CDs, but there are plenty of low lives with internet connections who trawl the worldwide web with the sole intention of doing harm to others. Criminals, fraudsters, terrorists, paedophiles and other sexual predators. For example…as if you need another one…Isis launched an unprecedented video campaign calling on Palestinians to step up attacks on Israeli soldiers and civilians.

You can’t halt change, but not all change is progress! The Internet influences the way people think and therefore the way some of us behave towards others. Shrinking the divide between great oceans, the WWW brings together like-minded people on social media sites to both their benefit and their detriment. No longer do millions shop with their feet, but with strokes on a keyboard. This new way of shopping has caused untold hardship to the small time shopkeeper who traditionally eeked out a living to provide the basis necessities for his own family. While I swear by the internet, I’m fully aware it has caused the deaths of many, many people, and will continue to do so! It remains a platform for mass murder! So before you let your 4-year-old on the internet, do be aware of the consequences of ‘getting connected’.